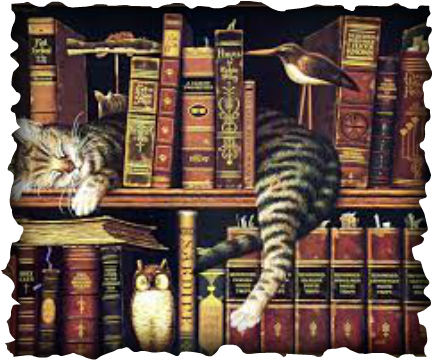 Soon, I will have some of the books I have read in the past and have really enjoyed. I will try to pick ones that will be beneficial to others, and also that will lead you into a closer walk with the Lord. If you have any suggestions as to what you think would be good reading, I would be more than happy to look at the book and possibly post it! :)

Also, to add to the diversity of this page, if there is any music that you like, or CD's in particular, please let me know, and we can start a list of godly music as it is incredibly hard to find. It is an area that you have to be just as careful in as dressing, but it is also a huge encouragement when you can find the right kind of music.

Here is the start of my list. Some of these books are ones that were suggested by a very dear friend, but I have not read them. However, I trust her judgement. I pray that these are a blessing to anyone who decides to read them.

Your Sister in Christ,
Sharlott Shaw.

CDs
The Ultimate Collection of John Michael Talbot
History Makers - by John Michael Talbot
Abide with Me - by Noortje Van Middelkoop and Harm Hoeve
Now Thank We All Our God - by Noortje Van Middelkoop and Harm Hoeve
Reading Books/Novels - Good, but not necessarily Christian
​The Story of Rolf and the Viking Bow - Allen French
Treasure Island - Robert Louis Stevenson
​The Hidden Treasure of Glaston

The Scout Series - by Piet Prins
The Secret of the Swamp - Vol 1
The Haunted Castle - Vol 2
The Flying Phantom - Vol 3
The Sailing Sleuths - Vol 4
The Treasure of Rodensteyn Castle - Vol 5
The Mystery of the Abandoned Mill - vol 6
Scout's Distant Journey - Vol 7
Journey Through the Night - by Anne De Vries
It Began With a Parachute - by William R. Rang

The Huguenot Era
The Huguenot Inheritance Series
The Escape - by A. Van der Jagt
The Secret Mission - by A. Van der Jagt
How They Kept the Faith - by Grace Raymond
The Young Huguenots - by Edith S. Floyer
Driven Into Exile - by Charlotte Maria Tucker
The Refugees - by Arthur Conan Doyle
Done and Dared in Old France - by Deborah Alcock
A Loyal Huguenot Maid -  by Margaret S. Comrie
"Baron of Salgas" and "the Cross and the Crown and "the Carpenter of Nimes" - by Sabine Malplach and Deborah Alcock

The American Revolution
The Soldier of Virginia

Others
Captiain, My Captain - by Deborah Meroff
Legend Led - by Amy Le Feuvre

Christian Walk
Dressing For the Lord - by Pastor David Cloud
* I strongly disagree with a number of things that David Cloud preaches, and also with his attitude towards those that disagree with him, but I have found this book to be quite useful.
The Holy Bible - Written by God!!!!
In Pursuit of God"- Written by Mr. A. W. Tozer
Dressing For the Lord - Written by Pastor David Cloud
Things to Come - Written by J. Dwight Pentecost
​
Abuse
On The Threshold of Hope - by Diane Mandt Langberg
No Longer A Victim - by Cathy-Ann Matthews
Not Under Bondage - Barbara Roberts
*This is a book written by a victim of abuse, about the Biblical case for divorce and remarriage in the case of abuse, adultery, and desertion.
The Verbally Abusive Relationship - Patricia Evans
A Woman Like You: The Face of Domestic Violence - Vera Anderson
Boundaries - Cloud and Townsend

Family/Parenting
​Hide or Seak - Dr. James Dobson
*Now, I no means condone everything that Dr. James Dobson has to say about family and how to deal with one's children, but I do believe that he has some things that are worth considering.
Daddy, I'm Pregnant - by a dad named Bill
Parenting from the Inside Out - Daniel J. Siegel and Mary Hartzell